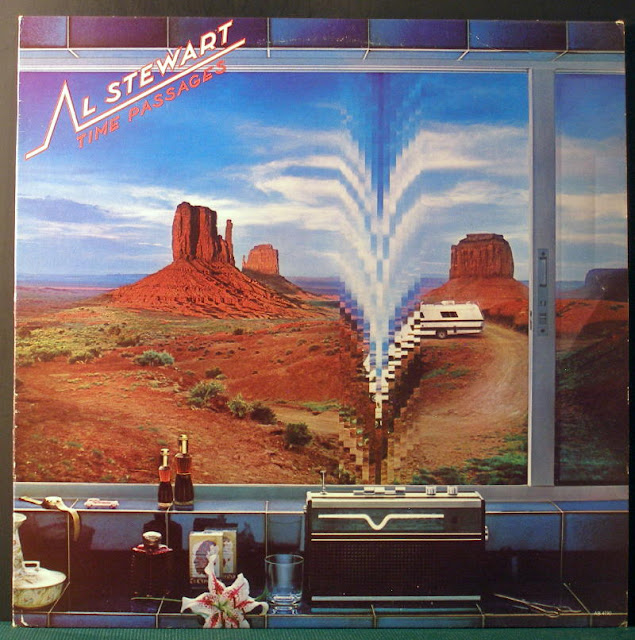 Al Stewart (born in Glasgow, Scotland on 5 September 1945) is a British songwriter and musician. He is best known for his 1976 single Year Of The Cat and its 1978 follow-up Time Passages (both produced by Alan Parsons). Stewart’s inspiration for his songs primarily comes from the past; indeed, he is credited with creating his own genre, “historical folk rock”. At one time in his life, Stewart took guitar lessons from King Crimson guitarist Robert Fripp.

Stewart grew up in the coastal resort town of Bournemouth, Dorset. According to Songfacts, in days of youthful folly Stewart played in a beat group with later BBC DJ Tony Blackburn before moving to the capital to seek fortune and fame.

Having bought his first guitar from future Police guitarist Andy Summers, Stewart traded in his electric guitar for an acoustic guitar when he was offered a weekly slot at Bunjies Coffee House in London’s Soho in 1965. From there, he went on to compete at the Les Cousins folk club on Greek Street, where he played alongside Cat Stevens, Bert Jansch, Van Morrison, Roy Harper and Ralph McTell

Although he had his share of the breaks, including a tenure at Bunjees coffee house and a record deal with CBS, life wasn’t always easy for the young troubadour; his first serious love affair ended in disaster, and he experienced all the usual insecurities of the stranger in the big city trying to find his way.