Al Stewart - Year of the cat 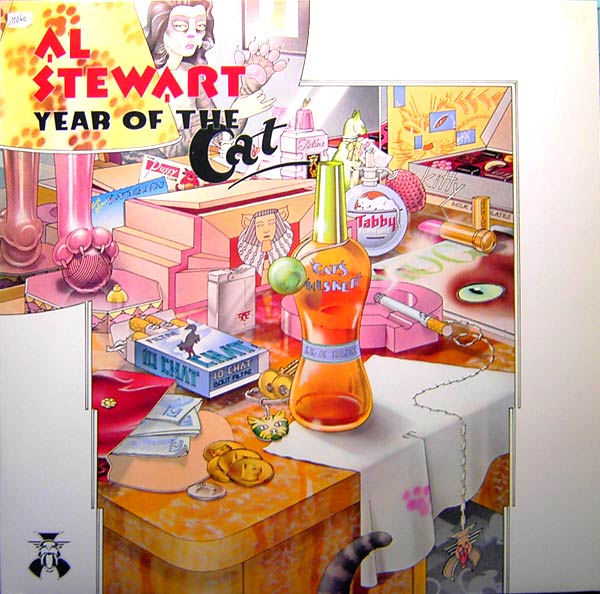 Al Stewart (born Alastair Ian Stewart, 5 September 1945) is a Scottish singer-songwriter and folk-rock musician.
Stewart came to stardom as part of the British folk revival in the 1960s and 1970s, and developed his own unique style of combining folk-rock songs with delicately woven tales of the great characters and events from history.
He is best known for his hit 1976 single "Year of the Cat" from the platinum album Year of the Cat


Al Stewart: The Year Of The Cat Lyrics

In the year of the cat

By the blue tiled walls near the market stalls
There's a hidden door she leads you to
These days, she says, "I feel my life
Just like a river running through"

The year of the cat

Why she looks at you so coolly?
And her eyes shine like the moon in the sea
She comes in incense and patchouli
So you take her, to find what's waiting inside

The year of the cat