Tito & Tarantula are a chicano rock band formed in Hollywood California in 1992. The band is best known for its songs, "After Dark", "Back to the House That Love Built", "Strange Face of Love", and "Angry Cockroaches", as well as for its role in Robert Rodriguez's film From Dusk Till Dawn as the band performing at the "Titty Twister".
Tito Larriva was born in Ciudad Juárez, Mexico but spent his early years living outside Fairbanks, Alaska; his family later relocated to El Paso, Texas, where he studied violin and flute as a member of his school orchestra. After high school he flirted with attending Yale University before landing in Los Angeles, California in the mid-1970s. He began his music career by playing in some of the first Latino punk bands such as The Impalas, Flesh-Eaters, and, most notably, The Plugz. Larriva released several albums with the Plugz before the group disbanded in 1984.
Following disbandment, Larriva teamed up with former Plugz bandmates Charlie Quintana and Tony Marsico to form the Cruzados. With the Cruzados, Larriva's music began to move in a different direction, straying from his typical punk rock to a bluesier 1980s rock sound. The band was critically acclaimed and opened for big acts like INXS and Fleetwood Mac.[1] They released a self-titled album in 1985, followed by After Dark in 1987, but disbanded in 1988. The Cruzados also performed the song Don't Throw Stones at the beginning of the 1989 movie Roadhouse. 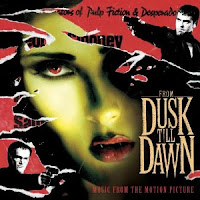 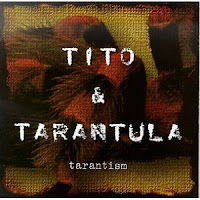 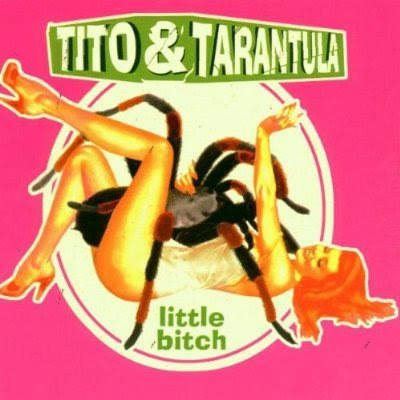 Watching her
strolling in the night so white
wondering why
it's only after dark
In her eyes
a distant fire light burns bright
wondering why
it's only after dark
I find myself in her room
feel the fever of my doom
Falling falling
through the floor
I'm knocking on the devil's door yeah
In the dawn
I wake up to find her gone
and the note
says "only after dark"
Burning burning in the flame
now I know her secret name
You can tear her temple down
but she'll be back and rule again yeah
In my heart a deep and dark
and lonely part
wants her and waits for
after dark
Posted by Dim at 12:16 AM

Email ThisBlogThis!Share to TwitterShare to FacebookShare to Pinterest
Labels: Tito And Tarantula