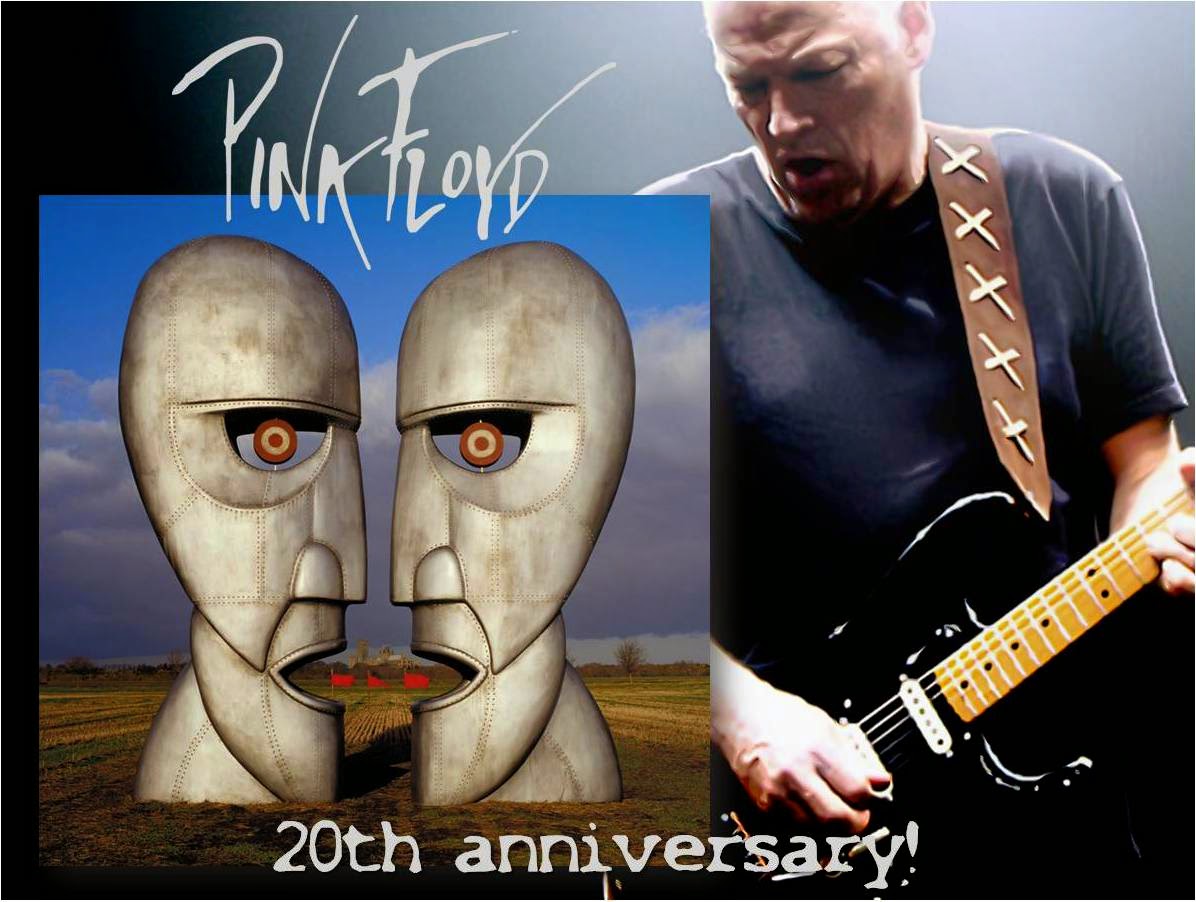 THE DIVISION BELL was the last studio album to be released by the band: David Gilmour, Nick Mason and Richard Wright. This 20TH ANNIVERSARY COLLECTOR’S BOX SET features six discs, including three replica coloured or clear vinyl discs, 5 collectors’ prints, a Blu-ray disc and, for the first time, Andy Jackson’s 5.1 audio mix of THE DIVISION BELL. A new video for “Marooned,” shot last month in Ukraine, premiered on pinkfloyd.com and can be viewed here:

THE DIVISION BELL debuted at No. 1 in both the UK and US, staying at the top of the US charts for 4 weeks; it also went to No. 1 in eight other countries and, to date, has reached total album sales of over 12 million. The album was recorded by the band at Astoria and Britannia Row Studios in England with the majority of the lyrics being written by Polly Samson and David Gilmour.

David Gilmour said at the time: “The three of us went into Britannia Row studios, and improvised for 2 weeks. Playing together and starting from scratch was interesting and exciting, it kick started the album and the process was very good, it was collaborative and felt more cohesive.”

THE DIVISION BELL 20TH ANNIVERSARY COLLECTOR’S BOX SET will feature a new 2-LP 180-gram vinyl edition of the album, remastered by Doug Sax at The Mastering Lab from the original analogue tapes, including all the full length tracks (originally edited to fit on a single LP) in a gatefold sleeve designed by Hipgnosis/StormStudios. Five other discs are included: a red 7” vinyl replica of single “Take It Back,” clear 7” vinyl replica of “High Hopes,” 12” blue vinyl replica of “High Hopes” with reverse laser etched design, the 2011 Discovery remaster of THE DIVISION BELL and a Blu-ray disc including the album in HD Audio, plus the previously unreleased 5.1 surround sound audio mix of the album by Andy Jackson. The 2-LP vinyl set will also be available individually.

Another addition included on the Blu-ray disc is a new video for Marooned, the track that won a Grammy for ‘Best Rock Instrumental’ in 1994. Filmed in Ukraine during the first week of April 2014, the video was directed by Aubrey Powell at Hipgnosis. It will appear on the disc with audio tracks in both PCM Stereo and a 5.1 mix by Andy Jackson.

Disc 1 – LP
Original album, remastered for vinyl in 2014 from the original analogue masters. Includes full-length tracks across 2-LP’s for the first time. 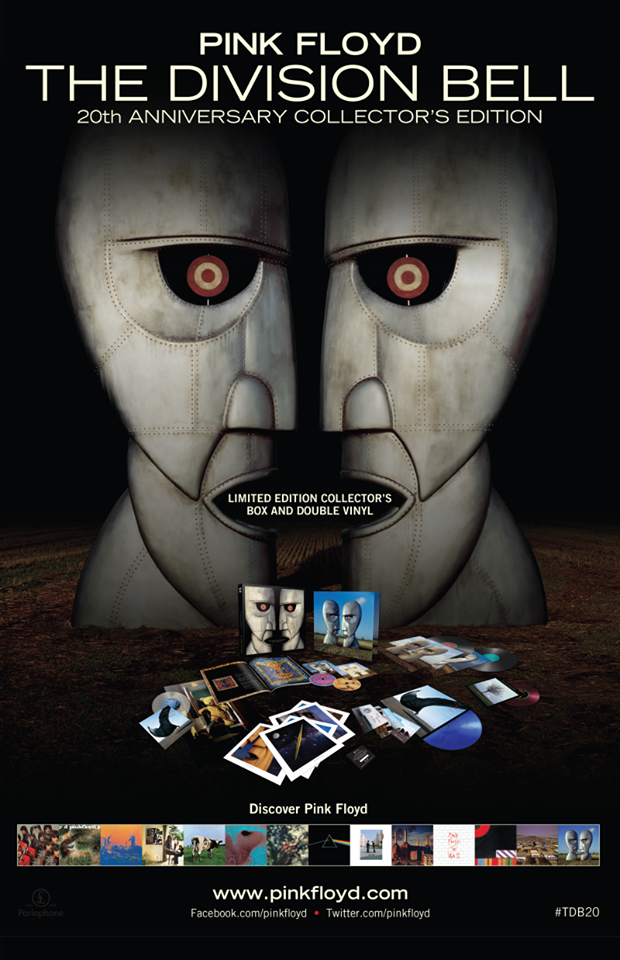